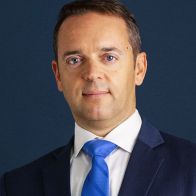 Introduction
In its decision 4A_294/2019 and 4A_296/2019 of November 13, 2019, the Swiss Federal Supreme Court, acting as sole court of appeal in arbitration matters, had to examine whether an award rendered by a Swiss arbitral tribunal was to be considered being extra petita. In one of the rare cases of an award being overturned, the court found that the tribunal had partially overstepped the bounds of its competency.

Facts of the matter

The agreement between Respondent 1 and the Claimant contained an arbitration clause and a choice of law in favour of Swiss law. Owing to a later amendment agreement, respondent 2 was joined to the contract as a further party. Thereafter, differences sof opinion arose about the performance of the contract and Claimant initiated arbitration proceedings against both Respondents. The Respondents and the Claimant brought the award before the Swiss Supreme Court.

Proceedings before the Supreme Court

The Claimant argued that the arbitral tribunal had made an award extra petita. It claimed that it had requested a declaratory judgment on whether the Respondents were jointly and severally liable for the damages resulting from alleged breaches of contract. Rather than issuing a declaratory award, the Claimant argued that the tribunal had awarded damages in the amount of $1.6m, although this had never been pleaded by the Claimant.

The Supreme Court differentiated dthat a decision was not ultra or extra petita where a tribunal merely assesses differently ythe claim being sued for, so long as the award remains covered by the pleas. At the same time, the arbitral tribunal was bound by a limitation made by a party in its request. A tribunal thus decides extra petita where it orders performance instead of issuing a declaratory award. The Claimant’s appeal was upheld in this regard.

The Claimant had also argued that it had requested a determination of the Respondents’ liability for damages resulting from the use of know-how in breach of the agreement. However, the tribunal had – in the view of the Claimant – gone beyond that plea by examining the existence of damages. The Claimant argued that the tribunal should have ended its examination after having found a breach of contract, since otherwise it would have assessed a claim for damages that had not been submitted.

In this regard, the Supreme Court found that the Claimant’s argument did not hold. It found that the award by the tribunal criticised by the Claimant, “the Tribunal declares that: […] the Respondents are not liable to compensate the Claimant in respect of such infringement of IP Rights and Know How related to the Vehicle”, could
not be deemed to constitute an unsolicited performance award. Rather, the Supreme Court found that by issuing a negative declaratory decision, a competence not disputed by the Claimant, the tribunal was well within the plea of the Claimant. The court held that the Claimant had only criticized the reasoning of the arbitral award. This, however, did not amount to a violation of the principle “ne eat iudex ultra petita partium”.

Though occurring rarely (less than 10 per cent of the matters brought to the Supreme Court), this case is one of the few instances where the Supreme Court stepped in and set aside certain parts of a Swiss arbitration award. One should note that the grounds for the Supreme Court to intervene in arbitration matters are very limited: (i) incorrect constitution of tribunal, (ii) wrongful acceptance or refusal of jurisdiction, (iii) ruling on an issue not submitted, (iv) violation the principle of equal treatment of the parties, or (v) of international public policy. So once rendered, Swiss arbitration awards are tough to turn over – a certainty sought by many parties resorting to arbitration.