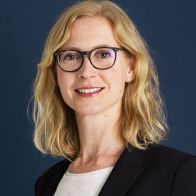 The revised inheritance law enters into force on 1 January 2023. Last wills that have already been drawn up should be reviewed with regard to the new law.

During its session of 19 May 2021, the Federal Council decided to bring the revised inheritance law into force on 1 January 2023. This in order to allow for sufficient time to review already existing wills and contracts of succession and, where necessary, to adapt them to the new law.

For existing and future wills and contracts of succession, the law in force at the time of the testator's death shall be applicable. This applies regardless of whether intestate succession takes place or whether a will was made or a contract of succession was concluded before the revision came into force.

The aim of the revision was to ensure that changes in society are adequately reflected. The revision focused on increasing the testator's testamentary freedom of disposal. In addition, in order to improve legal certainty, clarification was provided on various topics that are controversial in the current law. The most important changes and clarifications are briefly described below.

The reduction of the forced heirship

The parents of the testator, where they have a legal right to inherit, do no longer benefit from forced heirship. In addition, the forced heirship of the descendants is reduced from three quarters to half of the statutory inheritance rights (Art. 470 para. 1 and Art. 471 new CC). The descendants of the testator are – under the new forced heirship rules – now entitled to a compulsory share of one quarter of the estate of their deceased parent if the latter is married, or of half of it if the latter is not married. Several descendants must divide this share among themselves.

In future, testators will thus be able to freely dispose of a larger part of their estate. Under the new law, the freely disposable quota amounts to at least half of the estate where shared with heirs benefitting of forced heirship provisions. This makes it possible to additionally favour surviving spouses or registered partners, individual descendants or non-marital partners. The new law also frees up more assets for charitable donations.

Thus, the new freedom of disposal also enables the testator to distribute his/her assets very unequally within the family, which may facilitate succession arrangements in family businesses. If, for example, a widowed testator limits his two daughters to their forced heirship entitlement of one sixth each in favour of his son, the son can receive up to four sixths of the estate, which is significantly more than the daughters have.

As mentioned above, the law applicable at the time of the testator's death is determinant. Therefore, wills and contracts of succession that have already been drawn up should be reviewed with regard to the new law. If necessary and possible, clarification should be provided during the testator's lifetime.

The following example may demonstrate the need for action: Where the testator's intent is for a descendant to receive as little as possible and a non-marital partner as much as possible, a dynamic reference to the forced heirship rules should be included in the will so that the non-marital partner receives the largest possible allocation in the event that the testator dies under the new law. If, however, the testator considers the current forced heirship share of the descendant of three quarters and the favouring of the non-marital partner with one quarter to be adequate, this intention must clearly emerge from the will and the application of the new law.

Under the current law, spouses have mutual claims under inheritance law and forced heirship rules until a divorce decree has become formally final (art. 120 para. 2 nCC). Under the new law, the surviving spouse already loses his or her forced heirship entitlement, but not his or her statutory succession rights, if divorce proceedings are pending at the time of the death of one spouse and (i) these proceedings were initiated at the joint request of the parties or continued at a joint request in accordance with the provisions on divorce (Art. 472 para. 1 item 1 nCC), or (ii) the spouses have lived separately for at least two years (Art. 472 para. 1 item 2 nCC). This provision applies mutatis mutandis to proceedings for the dissolution of a registered partnership (Art. 472 para. 3 nCC). Thus, as soon as divorce proceedings within the meaning of Art. 472 nCC are pending, either spouse may repeal the other spouse of the forced heirship by testamentary disposition.

Up to now, it has been disputed in the doctrine whether the over-half participation in the surplus by marriage contract has to be qualified as a gift inter vivos or as a gift by testamentary disposition. The answer to this question has an impact on the calculation of the forced heirship and on the order of reduction, since inter vivos gifts are reduced after the dispositions by reason of death.

Inheritance contracts: From a freedom to make gifts to a prohibition on making gifts

According to the current case law of the Federal Supreme Court, the testator remains free to dispose of his or her assets by means of a gift during his or her lifetime, even after concluding a contract of succession (Art. 494 para. 2 nCC).

If the testator wishes to continue to dispose freely of all or part of his/her assets during his/her lifetime, appropriate reservations must be made in the contract of succession.

According to previous practice, the new inheritance law provides that the compulsory pension plan does not form part of the estate. This is anchored in Art. 82 para. 4 of the Federal Act on Occupational Retirement, Survivors' and Disability Pension Plans (LOB). Beneficiaries from a recognised form of pension provision have their own claim to the benefits allocated to them under it. The pension schemes pay the funds directly to the beneficiaries.

Despite this provision, claims from a pillar 3a are added to the forced heirship (Art. 476 nCC). These claims are subject to an action of abatement at its redemption value (Art. 529 nCC).

Prospects for succession in business

As mentioned above, the reduction of the forced heirship and the resulting increase in the testator's freedom of disposal should also facilitate family-internal business succession.

The preliminary draft on business succession of 10 April 2019 proposes in particular that the successor may, under certain conditions, demand a deferral of payment for the settlement of the claims of the heirs under inheritance and matrimonial property law. It also specifies the relevant crediting date in the event of a transfer of the business during a lifetime. The draft further provides that the heirs who have lost out may refuse to take over their forced heirship in the form of minority shares.

The proposed measures were welcomed by the majority in the consultation. It remains to be seen which provisions will be enacted in the future.

If you have questions regarding the revised inheritance law or the impact of it on your estate planning, our private client team will be happy to assist you.