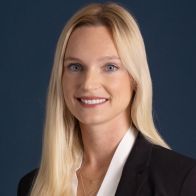 Switzerland in the UN Security Council as of 1 January 2023

As of 1 January 2023, Switzerland will be a non-permanent member of the Security Council of the United Nations ("UN") for the next two years. Pascale Baeriswyl, Swiss representative to the United Nations, will sit with the UN diplomats of the member states of the Council at the UN Headquarters in New York almost daily to discus humanitarian and political developments. But what does this mean and what chances and difficulties does this prestigious mandate entail for Switzerland?

Switzerland in the UN Security Council as of 1 January 2023

The UN Security Council and its Role

The Security Council is one the UN’s six principal organs and is made up of 15 member states. Five seats are reserved for its permanent members: France, Russia, the United States of America, China and the United Kingdom - the States that emerged "victoriously" from the Second World War and today have a right to veto all decisions made in the Council. Ten seats are assigned to non-permanent members, half of which are newly elected by the UN General Assembly every year.

Pursuant to Article 24 of the UN Charter, the Security Council holds the primary responsibility for the maintenance of international peace and security. The Council is entitled to resolve on peace keeping missions, international sanctions and military interventions.

The Swiss Path to a Seat in the Council

In an anonymous election, the UN General Assembly elected Switzerland into the Security Council on 9 June 2022 with an overwhelming result of 187 out of 190 votes. A lengthy application process preceded the election, as the Swiss Federal Council (with Michelin Calmy Rey as head of the Federal Department of Foreign Affairs) applied for the mandate in 2011, after Switzerland had joined the UN in 2002.

According to a report by the Federal Council of 5 June 2015, a seat in the Council is in line with the constitutional aim to preserve a just and peaceful international order (article 2 para. 4 of the Swiss Constitution). Further, the position is not only compatible with, but is even in furtherance of, Swiss neutrality, which is constitutionally held in articles 173 para. 1 lit.a and 185 para.1. The Federal Council further describes a seat in the Security Council as an important instrument to promote the economic interests of Switzerland, as a an export-oriented state profiting from a stable and functioning global order.

Chances and Difficulties for Switzerland

Albania, Brasil, Gabun, Ghana, the United Arab Emirates, Ecuador, Japan, Malta and Mozambique currently also sit in the Security Council as non-permanent member states. Thus, three European voices are represented in the Council, two of which belong to small states (Switzerland and Malta). Time will tell if these voices will make themselves heard in the Council and if and to what extent the European Union will exercise pressure on Switzerland to advocate for its interests.

When Switzerland applied for the mandate in 2011, today‘s highly complex geopolitical situation could not have been foreseen. Several international conflicts are dominating our daily headlines - from Ukraine and Taiwan to Myanmar, North Korea and conflicts on the African continent. The vetopowers Russia and China are involved in these conflicts either directly or indirectly and, consequently, the Security Council finds itself in a position that was not provided for at the time of its establishment in 1945 and can hardly reach a common understanding on these issues.

Switzerland will have to utilize its position as a reliable and impartial negotiating party and mediator in order to bring about a minimal consensus amongst the Vetostates. In the worst case, the Security Council will remain de-facto paralyzed. There is a risk that the UN becomes a toothless institution, as was its predecessor the League of Nations - then with devastating consequences. In the best case, Switzerland will continue  and expand its tradition as promoter of good offices and diplomatic bridge-building nation and take on a formative role in world affairs.