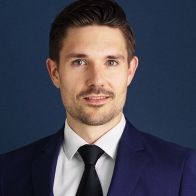 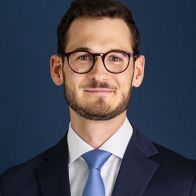 Good things take time? In keeping with this saying, the Swiss Federal Assembly adopted the proposed revision of the company law on 19 June 2020 - after more than twelve years since the publication of the first dispatch. It is scheduled to enter into force on 1 January 2022 at the earliest. What impact will the revision of company law have on the Swiss tax landscape?

Good things take time? In keeping with this saying, the Swiss Federal Assembly adopted the proposed revision of the company law on 19 June 2020 - after more than twelve years since the publication of the first dispatch. It is scheduled to enter into force on 1 January 2022 at the earliest. What impact will the revision of company law have on the Swiss tax landscape?

Scope of the revision

At the center of the revision are, among other things, the introduction of important flexible rules in the area of capital; the participation and control rights of shareholders; the liability under company law; and the new provisions on business rescue. From a Swiss tax perspective, this newsletter deals with the planned innovations to the share capital; especially the tax effects of the introduction of share capital in a foreign currency and the new instrument of the so-called "capital band".

Under current law, the financial statements of a Swiss company can already be drawn up in the foreign currency most relevant to the company's business activities (article 958d para. 3 Swiss Code of Obligations "CO"). Until now, however, this has not applied to the share capital. According to the planned revision, the share capital may in future also be denominated in a foreign currency significant from a business activity perspective (article 621 para. 2 CO). This means that capital-related aspects such as dividends, reserves and overindebtedness will also be assessed according to the relevant foreign currency. It is envisaged that the permissible currencies will be Swiss francs, British pounds, Euros, US dollars or Yen. However, the "all or nothing" principle applies, i.e. a mix of currencies is not permitted for share capital.

If the financial statement is denominated in a foreign currency, Swiss corporate tax law (article 80 para. 1bis new Direct Federal Tax Act "DFTA" and article 31 para. 3bis new Direct Tax Harmonization Act "DTHA") stipulates that the taxable net profit must be converted into Swiss francs (at the applicable average exchange rate). In the case of tax liability during the year, the average exchange rate for the duration of the tax period during the year will be decisive. With regard to capital tax, a conversion of the taxable equity capital will also be required in accordance with article 31 para. 5 new DTHA, whereby the exchange rate at the end of the tax period must be applied. Accordingly, the determination of taxable profit can thus be carried out in a foreign currency in the future. As a result, the conversion differences between the functional currency and the Swiss franc will no longer occur, as such accounting conversion differences will no longer arise. However, tax will still be levied and collected in Swiss francs (whereby the exchange rate at the end of the tax period will be determinant).

The introduction of share capital in foreign currencies will be particularly interesting for companies mainly operating in markets in which one of the recognized currencies is applicable.

The new instrument of the capital band

With the capital band, the general meeting can significantly broaden the board of directors' scope and flexibility in equity financing as required.

The planned amendments to the Federal Act on Stamp Duty provide that the issuance stamp duty on equity securities issued within the scope of a capital band will only be due at the termination of the capital band and not already with each individual capital increase. Further, stamp duty will  only be levied on the net increase in equity capital. Consequently, no issuance tax will become due if the capital inflows do not exceed the repayments within the same capital band.

In connection with the entry into force of the revision of company law, tax changes are evidently occurring, some of which (still) leading to ambiguities and irregularities. It will be decisive how the practice will react to these challenges, because the jury is still out.