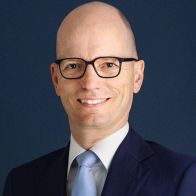 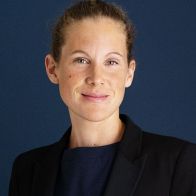 Tax domicile of legal entities – not always so clear

It is not always clear, where the primary tax domicile of a legal entity is. This question, however, can have great significance in the light of the considerable differences in taxation levels between cantons or jurisdictions.

Tax domicile of legal entities – not always so clear

In Switzerland, legal entities are subject to unlimited taxation in the canton in which they have their legal seat or place of effective management (primary tax domicile). These two alternative nexuses can lead to situations in which it is not clear which canton or jurisdiction can claim the right to unlimited taxation of a legal entity – a question which can have great significance in the light of the considerable differences in taxation levels between cantons or jurisdictions.

I. Unlimited right to tax

Under Switzerland's national as well as international tax law, a legal entity is subject to unlimited taxation in Switzerland, if its legal seat (place of incorporation) or its place of  effective management is in Switzerland (personal nexus).

According to Swiss law, where a legal entity's seat and its place of effective management are in different cantons, and therefore more than one canton claims a right to unlimited taxation, the resulting conflict has to be resolved pursuant to the rules concerning the constitutional prohibition of the inter-cantonal double taxation.
In its decision 2C_627/2017 of 1 February 2019, the Swiss Supreme Court for the first time ruled that in such cases a legal entity's primary tax domicile and accordingly also the place of unlimited taxation, will always and exclusively be the place of effective management.

If the cantonal tax authorities do not succeed in demonstrating that an entity's place of effective management is in their canton, it can still claim a right to limited taxation based on an economic link, such as a permanent establishment or a fixed place of business.
Depending on the factors to be allocated to such a permanent establishment or fixed place of business, the canton of the secondary tax domicile with its limited right to tax may nevertheless get to tax a predominant part of the profit and capital of a tax payer.

With tax rates being lowered as a result of the corporate tax reform adopted last year and tax revenue expected to decline in the wake of the economic downturn caused by the Covid-pandemic, it may be expected that cantonal tax administrations will try to find ways to intensify their efforts to claim a right to (un)limited taxation in the future.
Planning management capacities and reviewing operational activities can help to avoid unpleasant tax repercussions.
If you have questions regarding your tax domicile, our tax team will be happy to support you.