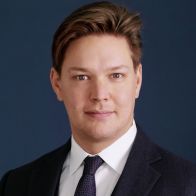 Sale to a private equity fund should be considered in succession planning.

From the Middle Ages until the middle of the 19th century, succession was governed by the so-called right of primogeniture. According to this, the eldest son of the family was favored, at the expense of the younger ones and, anyway, the daughters. However, already in the 14th and 15th centuries it was possible to arrange the succession differently. In some countries, such as France, the right of primogeniture applied primarily to noble families in order to preserve the integrity of their dominions and estates. The bourgeoisie imitated this practice as it rose in society.

This tradition was able to endure for a long time; as late as the last century, it was still common for an entrepreneur to train his eldest son to be his successor. Fortunately, this has changed. Not only are companies passed on to daughters or younger siblings, but different models have now become established in which some children actively participate in the company while others can retain a passive investor role.

As a rule, a shareholder agreement clarifies the relationships between the heirs. Among other things, it is crucial to clearly distinguish the role and profit sharing of shareholders depending on their involvement. Descendants who are actively involved in the management of the company should not pay themselves excessive salaries and thus disadvantage those who are passive. Conversely, the contract should also ensure that the assets receive their fair share of the value they create.

Even these models, however, seem to be outdated today. Generation Z heirs now want to be able to determine their own destiny and choose not only their profession, but also the purpose of their investments, rather than leaving a large part of their wealth in the family business. These perfectly legitimate wishes are not without impact on an entrepreneur who now also has to find an "external" solution for his succession. There are numerous options available to him nowadays. One of them deserves a closer look: the sale to a private equity fund.

Private equity funds do not enjoy a good reputation everywhere. However, the reality is often different, and some are considered leaders in environmental, social and governance issues. At its core, a private equity fund is an instrument that pools money from investors who want to invest in companies that - unlike public ones, for example - are not publicly tradable. The fund is managed by a general partner who searches for potential targets and invests the money raised from investors according to predefined criteria in order to achieve a certain return in the medium term. The general partner's compensation is largely correlated with the performance of the fund and thus with the interest of the investors.

The sale of a family business to a private equity fund is not equally possible for all SMEs. For example, an SME must achieve a certain turnover and have growth opportunities for a fund to show interest.

Although it sometimes happens that a fund knocks directly on an entrepreneur's door, it is not always easy to get the attention of the ideal fund to hand over one's business. To maximize the chances of an acquisition, it is advisable to involve a financial advisor or an investment bank. Thanks to their network, they help to find the right buyer and can also optimize the proceeds of the sale by organizing an auction to which several investors are invited.

In this process, the SME is scrutinized by various experts in technology, finance and law to ensure that the business is sound. This is often an uncomfortable phase for the SME, but nevertheless, this type of check-up allows problems to be identified and, more importantly, fixed. This not only gives a better picture of the company, but above all speeds up the sales process. In this context, tax aspects should also be anticipated. In particular, a reclassification of the sales proceeds - which as a rule are exempt from taxation as capital gains - by the tax authorities must be avoided.

Even if some representatives of the new generation do not want to take over the family business, often some of the heirs would like to remain associated with the company. This is perfectly compatible with the participation of a private equity fund, which sees it positively (or sometimes even requires it) if the entrepreneur, his children and, if necessary, the management retain a stake in the company. Again, such an investment aligns the interests of all parties involved. However, it should not be forgotten that the fund usually has only a limited investment horizon and therefore wants to sell the company again within five to ten years.