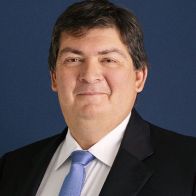 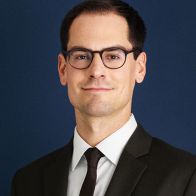 The gategroup restructuring: a creative, but questionable procedure

gategroup has proposed a Part 26A in the United Kingdom to restructure its financing arrangements which concern various jurisdictions. In this month's newsletter, Daniel Hayek and Mark Meili discuss the background to this procedure and what questions arise in the context of this cross-border restructuring.

The gategroup restructuring: a creative, but questionable procedure

gategroup coping with the effects of the COVID-19 pandemic

gategroup is the world's largest provider of airline catering services. The COVID-19 pandemic and the resulting lockdowns have negatively affected the whole airline industry including gategroup. Because of a significant decline in its revenues, gategroup needed additional financing to cope with the effects of the COVID-19 pandemic.

In terms of financing arrangements, gategroup has senior facilities, mezzanine facilities and bonds in place. To address the financial difficulties due to the COVID-19 pandemic, gategroup's shareholders (the "New Money Lenders") agreed to provide additional financing on condition that the other key financial stakeholders made compromises as well, in particular that the maturity of all the financing agreements would be extended. In November 2020, the New Money Lenders and the lenders under the facilities, amongst others, entered into a lock-up agreement (the "Lock-up Agreement") in which they committed to implement the additional new financing and to restructure the existing financing arrangements. The bondholders were neither party to the Lock-up Agreement nor involved in any related discussions.

How can gategroup extend the maturity of the bonds?

Since the holders of the Bonds (the "Bondholders") were not party to the Lock-up Agreement, the question arose how gategroup could extend the maturity of the Bonds? The obvious mechanism would have been to amend the maturity of the bonds according to the terms of the Bonds, which would require approval from Bondholders at a meeting of holders of 66 per cent. Remarkably, gategroup never made any efforts to call a Bondholders' meeting despite there being enough time to do so. Instead gategroup probably concluded that the quorum in the Bonds' class alone would be difficult to achieve due to a large number of retail investors and any efforts to call a Bondholders' meeting would be pointless.

Subsequently, on 8 December 2020, gategroup incorporated a new company in England and Wales named gategroup Guarantee Limited (the "UK Company"). On 10 December 2020, under a so-called Deed Poll, the UK Company unilaterally assumed the liabilities under the senior facilities and the Bonds. On the same date, the issuer of the Bonds allegedly moved its COMI (centre of main interests) to the UK. One day later, on 11 December 2020, the UK Company proposed a restructuring plan pursuant to Part 26A of the United Kingdom Companies Act 2006 (the "Plan"). In other words, just three day after it had been newly incorporated, the UK Company filed for restructuring due to self-inflicted financial difficulties.

Issues of the Plan

There are certain issues with the UK Company's proposed Plan. Amongst other things, under the Plan, the UK Company proposes to extend the maturity of the Bonds by five years. However, the UK Company is not party to the Bonds and the Bondholders never agreed to become creditor of the UK Company. Further, the terms of the Bonds contain a jurisdiction clause in favour of Switzerland. According to the so-called dovetailing principle (see also our Newsletter of 24 December 2020), restructuring plans that are not within the (EU) Insolvency Regulation must fall within the Recast Brussels Regulation (and since it must be construed in the same way, the Lugano Convention). The Plan is not listed in Annex A of the Insolvency Regulation and therefore falls outside of its scope. When the Plan was launched in December 2020, the UK had not left the EU yet. Hence the Lugano Convention should apply to the Plan according to the dovetailing principle and the jurisdiction clause in favour of Switzerland should be honored. Finally, gategroup suggests that the senior lenders and the Bondholders should form one class for the purpose of voting on the Plan. However, this disregards the fact that their rights are fundamentally different (e.g. different guarantors, maturity and interest rate etc.) and these creditors therefore do not have the required common interest to vote together on the Plan.

Further, the High Court broke new ground and ruled that the Plan fell under the bankruptcy exclusion of the Lugano Convention. The judge argued that the dovetailing principle did not apply because the UK had ceased to participate in EU decision-making processes as from 1 February 2020 (disregarding the fact that the UK did not leave the EU before 31 December 2020). The High Court's interpretation of intertemporal law is debatable, but for the future and for restructuring plans filed after Brexit, this interpretation of the Lugano Convention seems to be convincing for non-EU members like the UK.

Finally, it is noteworthy that the Plan proceedings allowed a large Bondholder (our client, a hedge fund) to receive additional information from gategroup (in particular the Deed Poll) it had not had access to before which allowed it to conclude that the Plan was likely to be in the best interests of all creditors including Bondholders. At the fund's request, the UK Company made certain alterations to the Plan documents and agreed to meet the client’s legal costs. Other Bondholders decided to set out their arguments going in the same direction in an unsolicited letter to the High Court, but not to make an appearance in the hearing or the Plan proceedings. Still, because the Bondholders did not have the opportunity for discussions with gategroup, the judge decided to fracture the class and ordered that the senior lenders and the Bondholders be placed into different classes in order for the Plan to proceed. The sanction hearing will take place in March or April 2021.

Short analysis of the effects of the judgment

Bonds issued by a Luxembourg company and guaranteed by a Swiss company and for which there is a exclusive Swiss jurisdiction clause, are being restructured in England by an artificially created company in the UK which is not aparty to the Bonds. Even if this outcome and the interpretation of the Lugano Convention is legally acceptable, it is questionable whether this is the procedure the Swiss retail investors agreed to when they invested in the Bonds.

The more proper procedure would have been to amend the Bonds according to the terms of the Bonds, or alternatively, under composition proceedings in Luxembourg and Switzerland. For this purpose, since 1 January 2019, the Swiss International Private Law contains a provision in Art. 174b which allows administrators to coordinate composition proceedings in different jurisdictions.

For gategroup it is positive that the Plan can now proceed. However, because the Bonds are not restructured at the seat of the debtor(s) in relation to the Swiss guarantee granted to the Luxembourg issuer, it remains doubtful whether foreign courts will recognize the Plan in their jurisdictions (i.e. the amended terms of the Bonds) if Bondholders would assert their rights according to the initial terms (e.g. ask for redemption of the Bonds on 28 February 2022). For Switzerland the enforceability and recognition of the plan is highly doubtful. The High Court will also in its own view (cf. para. 212 of the judgment) have to consider this question more thoroughly at the sanction hearing, in particular the validity of the COMI shift of the issuer to the UK.